The Rule of Law in the Real World

"Paul Gowder's masterpiece articulates a new vision of the rule of the law that protects the disempowered and marginalized, and that demands that the nation-state rationalize its coercive power. He relentlessly attacks irrational social, economic and political hierarchies, particularly those that give continued vitality to racial inequality in the US today. As such his rule of law is firmly rooted in notions of human rights, and looks askance at soaring inequality in the US. This rule of law protects real people in need of real protection, rather than serving as just another rhetorical instrument in the arsenal of the wealthy and powerful. It also serves, incidentally, as a bedrock foundation for economic development and a tool that can help avoid financial disruptions like that seen in 2008."
Steven A. Ramirez, author of Lawless Capitalism

"The Rule of Law in the Real World explores and connects legal philosophy, conceptual and normative, as well as historical interpretation and social sciences, policy analysis, and advocacy. It makes insightful and distinctive contributions in each domain. Moreover, it brings them into mutually informing connection. Standard inmates of the disciplines rarely make (or even imagine) such connections, even when their subject - the rule of law - bears the same name. Gowder's achievement is thus far more than a sum of its exemplary parts. It is an all too rare combination of theoretical cogency, normative sophistication and ambition, empirical attentiveness, and real world engagement and pay-off."
Martin Krygier, Gordon Samuels Professor of Law and Social Theory, and Co-Director, Network for Interdisciplinary Studies of Law, University of New South Wales

The Rule of Law in the Real World gives a comprehensive new theory of the political and legal ideal known as "the rule of law". The rule of law should be understood as the coordinated collective control of power, and matters because it constitutes a morally important kind of social equality. The book develops a case for how those properties should be taken into account in social scientific attempts to measure the rule of law as well as policy efforts to promote it.

It then turns to the development enterprise. The book offers a critique of existing empirical measurement strategies for the rule of law as well as an alternative rule of law measure. The new measure is rooted in the philosophical basis of the concept, behaves much as existing theoretical claims about the rule of law would predict (e.g., is highly correlated with economic development: see plots below), and is more readily interpretable than existing measures.

In addition, the book explains how the egalitarian account of the rule of law can support interventions in the debate among rule of law development professionals and scholars between advocates of "bottom-up" and "top-down" development strategies. Finally, The Rule of Law in the Real World calls for the developed states to pay closer attention to promoting and maintaing the rule of law in their own political communities. In particular, it argues that policing in the U.S.---especially the systematic discrimination against African-Americans---is a dire failure of the rule of law.

Review by Andrew Koppelman in The New Rambler Review (March 5, 2020).

The Saint Louis University Law Journal was kind enough to host a roundtable on the Rule of Law in the Real World in Volume 62, issue 2 (2018). The links below go directly to commentary on the book by each of the generous discussants:

Paul Gowder is a professor of law and, by courtesy, of political science and philosophy, at the University of Iowa researching constitutional law, ethics, normative and conceptual jurisprudence, political theory, and quantitative legal studies. His areas of speciality (other than the rule of law) include Classical Athenian law, contemporary liberal political philosophy, game theory, predictive modeling, and computational law. He holds a J.D. from Harvard University and a Ph.D. in political science from Stanford University. Before joining academia, he worked as a public interest litigator practicing poverty and civil rights law in Oregon and Virginia.

Map of Rule of Law Scores by Country See the Book on Cambridge University Press
Darker colors are higher rule of law scores. White countries have no scores. 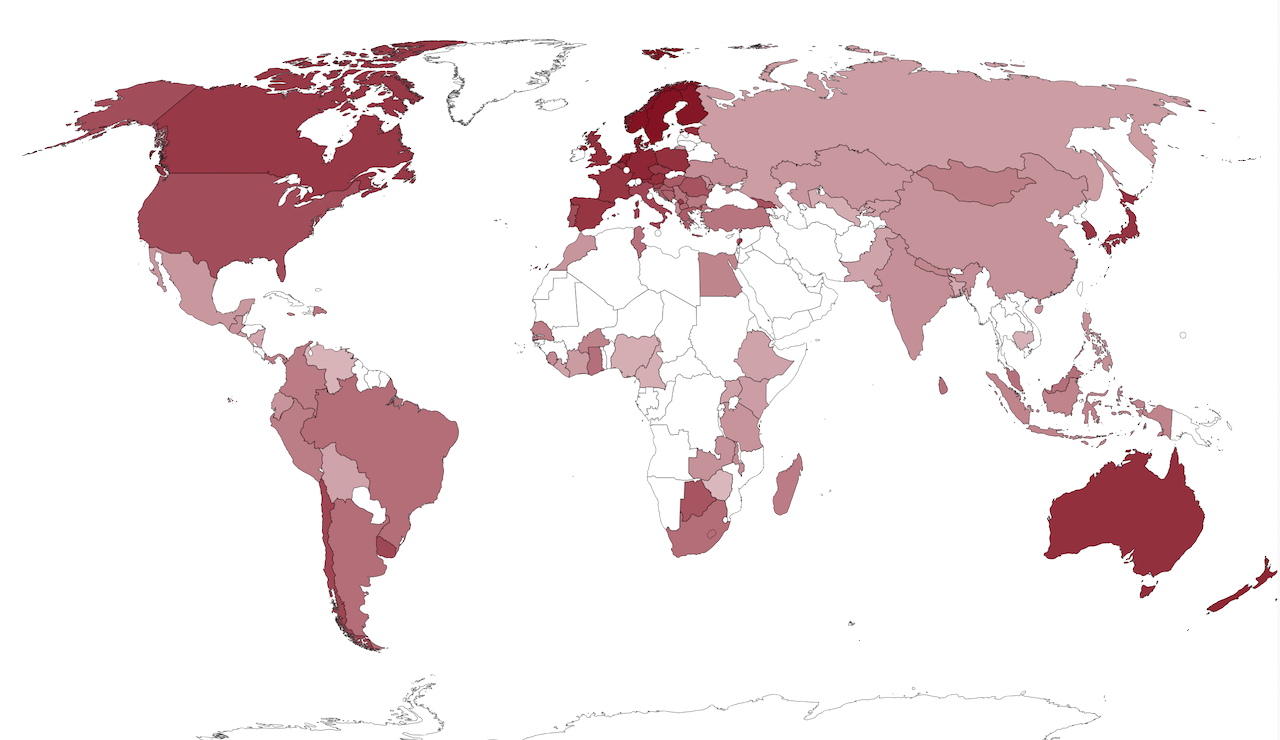 External Data: Rule of Law and Correlates Links referenced in the book

Selected Links Referenced in the Book

Thanks for tools and resources used in the creation of this site:

the rule of law in the real world, by paul gowder | book published by cambridge university press, 2016 | website by author